I don’t remember exactly when but I am thinking it was early in high school – Christine Thatch, an ICU RN/my best friend Lacey’s mom, said to me, “You should become a nurse.” I actually laughed, and replied, “oh no, I could never become a nurse,” partly because I am terrified of vomit (I hate it!) I had applied to IUP for PreMed and to my shock, I was accepted for fall 2004. I took the AP classes in high school, was inducted into the National Honor Society, graduated with honors – all while having a very non-typical home life. When I started my college classes, I did okay my first semester, I failed chemistry my second semester and had to retake it in summer school, my third semester I basically gave up (Organic Chemistry, Zoology and Calculus… it was too much) so I took failures and changed my major to Spanish (HAHAHAHAHA) for my fourth and final semester in which I also failed and had decided that college wasn’t for me. I was a smart person, just not smart enough. I really had no idea what to do with my life at that point so I spent the summer working as a cashier at a grocery store and lived in an apartment with some friends from college until August 2006, when I decided to move to Pittsburgh with someone who lived in the same dorm as me at IUP, Wallace Hall, my roommate for the next few years, Kim. I barely had anything. I did have some financial support from my Pap Pap, who helped me with my security deposit for the apartment. I had an interview at a restaurant as a waitress the day I moved and somehow got the job. I did not even have a bed, I slept on the floor with some blankets to lay on for a while, until I could buy one and find someone to bring it to my apartment. I did not have a license, so I was within walking distance of work and grocery stores. Lacey adamantly told me I had to promise her that I would go back to school, “when I am ready,” I would tell her. I thought that I might attempt to go to surgical tech school and work in the operating room, like Kim. I definitely had wished I would have taken a few years off of school instead of feeling pressured to go to college in the fall because everyone else was doing it and the guidance counselors definitely pushed for it, too. Especially when those loan repayment bills started coming in… reminding me of the debt I had to pay off with absolutely nothing to show for it.

I’m not sure exactly when it came to my mind exactly, but I had a thought… I should become a nurse. Oh, if I would have just listened from the beginning, when Chris told me years before. I lived within walking distance of UPMC Shadyside School of Nursing as well as West Penn School of Nursing. I had written a letter to my Pap Pap in September 2007 telling him that I was going to start applying to nursing school in the spring. He was delighted (please see letters included below.) In November 2007, he was sent to UPMC Shadyside after suffering a heart attack that was fatal within 24 hours of him being treated in their CICU. I saw how those nurses treated him, they knew he was going to die but they did everything they could to keep him comfortable. I wrote about those nurses and the impact they had on me in my application to UPMC SSON in spring 2008. To my surprise, I was accepted and began the fall 2008 part time/evening/weekend program which would take me 4 years to complete. I very much believe in everything happens for a reason, sometimes we just don’t know the reasons until much later. 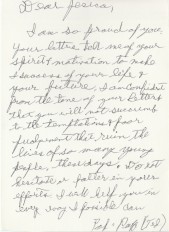 finally into the nursing courses

It was so scary starting nursing school and working part time, living on my own, not quite sure how I would do it all. My first few semesters were spent learning A&P, microbiology, ethics, etc. through Chatham. I couldn’t wait to start the nursing courses. I remember how amazed I was when I learned to take a blood pressure using a sphygmomanometer and a stethoscope. I remember how scared but excited I was the first time we got to go to the floors and take a patient assignment. In 2010, I became pregnant with Ava and finished out the semester then took a year off. Now, I had to learn to navigate motherhood while finishing up nursing school. 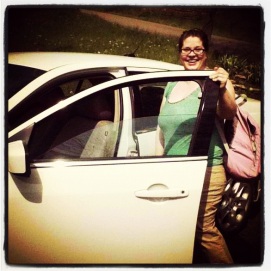 my first day back to school after Ava

view from inside UPMC SSON

There are lots of memorable times in nursing school, too many to recall honestly. I remember when I was at Magee and I was helping a mom give birth to her baby boy and the next day, I was there to help a mother and father cope with their loss of their baby girl, Vivian. I remember going to the NICU and thinking it was what I would like to do and then a few months later going to the psychiatric floor and realizing that was where I was meant to help (you can read more about that here). I finally graduated in 2013, with honors – one of my greatest accomplishments – besides growing my two daughters/bringing them earthside. I took my NCLEX in September and passed on my first attempt. Whew, that was a relief! Then, it was on to finding my job, which took me nearly 9 months to secure. I have been employed at my position for 5 years this month. 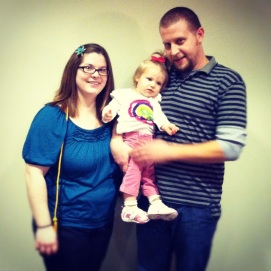 two of my biggest cheerleaders

my hard work paid off 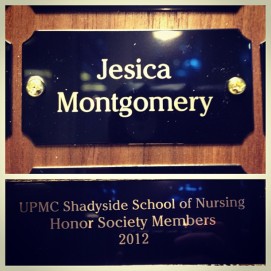 my name on a plaque at UPMC SSON I met many different people at UPMC SSON, teachers, students, other nurses, patients. All of them played a huge part in those two letters after my name… RN. To the people who wrote my letters of reference, Dan and Joshua, thank you for believing in me and taking that time to write the letters. To my classmates, Kim, Keriayn, Amanda, Tom and others who helped me get to class/clinicals, thank you for your help, it will always be appreciated. To my instructors, especially Marci and Debbie, thank you for teaching me and helping me understand my calling as a behavioral health nurse. To my preceptor, thank you for the many hours of assistance and reassurance. To the patients, thank you for letting me experience what it was like to be a nurse and help me learn. Jacklynn, you were a patient I could never forget, between us both being from Kittanning and the words you shared with me that sit in my heart always, “when my kids were little, those were the best days of my life.” To my family and friends who believed in me more than I believed in myself, I couldn’t have done it without your support and encouragement.

To know that I started this journey 11 years ago and have been a nurse for nearly 6 years, I still can’t believe it sometimes. Nursing is everything and nothing like what I thought it would be at the same time. We go into nursing because we want to help others, I know that I did. Nursing is not for the faint of heart. There have been shifts that I felt defeated and like I should just quit, but my coworkers remind me that I am a good nurse to my patients. I have heard words come out of my patient’s mouth that made me want to cry, made me want to scream, made me want to forget I ever heard it, but I had to maintain my composure and set my feelings aside. There have been shifts that I felt like I was doing exactly what I was meant to be, that’s hard to explain. Things that someone said or did and I feel that I was the person that they were meant to interact with that day, if someone else was there, maybe their outcome would have been different.

Being in the front line, seeing and hearing your patients stories can be very difficult in many different ways. When you see a manic patient that can’t tell you what is happening for themselves because their thoughts are racing and they don’t make any sense, and their family has to involuntarily commit them for safety, remembering that a patient’s family needs care, too. When a depressed patient tells you the details of their failed or planned suicide attempt, and you get them in the shower to clean off the blood and glass from their body, and reassure them that their life is valuable. When a schizophrenic patient becomes violent after hearing a command from a voice in their head, and you have to not only keep yourself, your patient, your coworkers and your other patients safe, you call a code and do what you can while more people show up to help. When an addicted patient comes in and tells you the amount of substances they are using, and you know that if they don’t seek treatment their withdrawal could be fatal. All of these people’s lives are in your hands, because the information you obtain and share with the doctor is at times, life or death. It isn’t quite as easy to explain someone’s feelings and thoughts as it is to be able to see lab results and imaging that can pinpoint what the problem is exactly. With any patient, nurses need to treat them with compassion, but with patients dealing with mental health issues, it requires even more. I am lucky to work with my incredible coworkers – I have never been afraid to ask them for help, I have learned so much from them and I value them tremendously.

Yes, you may fail and feel defeated sometimes. Don’t stay down, take the time you need to get back up, dust yourself off and prove to yourself that you CAN do it. In the tune of LeeAnn Womack’s song, “I Hope You Dance,” that Lacey dedicated to me years ago, “when one door closes, I hope one more opens.” I went from college drop out to graduating with a diploma in nursing, I am thankful that UPMC SSON saw potential in me and for giving me a second chance.

after my last shift of precepting 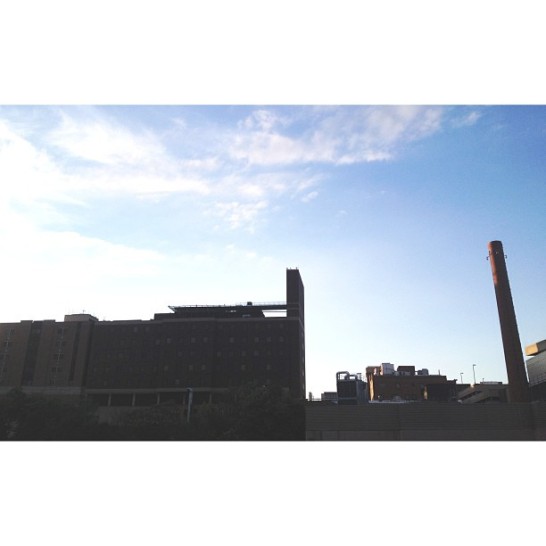 UPMC Shadyside view from garage I parked in

My friend/mentee Ashley who is in nursing school now was working on an assignment recently and I gave her this advice: “Believe in yourself, there will be days you want to quit because it seems so hard, seems like its too much pressure, you feel like a failure… breathe, and remember why you wanted to do this in the first place. You can’t help everyone. You can only do what you can do. Just do your best.”

1 thought on “it’s not about the destination, its about the jouRNey”